oh the weather outside is frightful

It's getting chilly out there, and there are even rumors going around of Houston supposedly getting some snowfall this Friday. And by snowfall, that probably means a few feathery little flakes drifting down from the sky. You know, the kind that melts before it hits skin. Houston isn't exactly known for snowy weather, and even when it does snow here, it seldom does it right. Having said that, we did get about an inch of snow on Christmas Eve a few years back, but it was all gone by the next morning. Bummer.

Even so, I have to admit that I'm kind of excited to see whether or not it does flurry this weekend!

"If it snows this Friday, can we run around outside and be kids?" I asked one of my coworkers.

She nodded furiously in agreement.

"And have snowball fights!" she said.

Snowball fights? Now that's wishful thinking. But it's a monotonous Wednesday morning at the office, and if snowball fight fantasies will help us get through another work week, then who am I to come barging in with that pesky thing called reality? 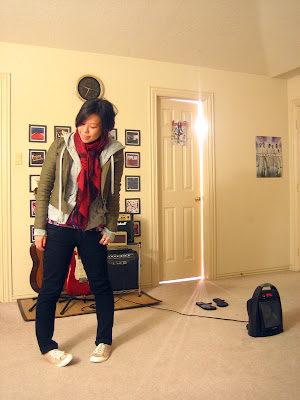 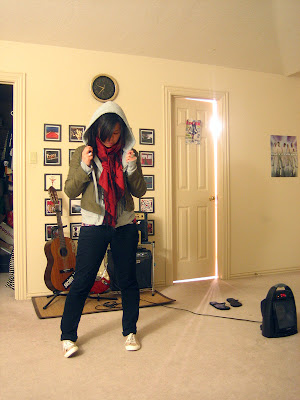 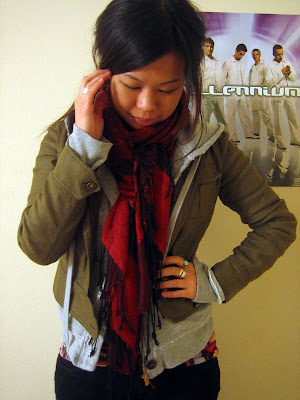 I have on some major layers today. It is COLD here. Indoors too! My boss found out yesterday that the reason why the heater on floor doesn't work is because we don't even have a heater. This fact the landlord neglected to tell us. Awesome!
tags: ootd