Hey there, readers! I hope all of your Halloweens were super fun! The BF and I drove 5 hours to Dallas/Ft. Worth to visit my friend Karen for the weekend, which was great. I don't know what she's doing over there, 5 hours away from me. Doesn't she know that she should never be more than half an hour away from me at all times?!

Unfortunately, I woke up this morning with a massive headache and feeling all sorts of awful (it had nothing to do with yesterday, I swear), so I'll leave you all with my costume for the weekend: 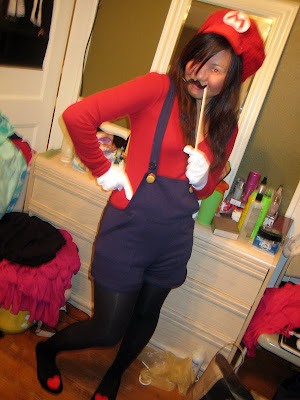 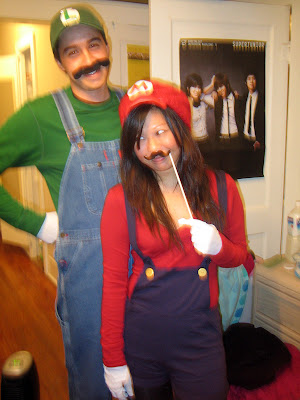 I'm looking away because I can't keep a straight face, knowing the BF has on THE MOST RIDICULOUS MUSTACHE EVER. 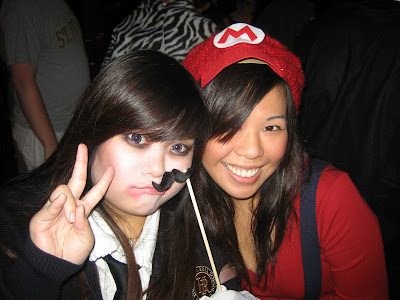 My mustache on a stick obviously wanted in on this photo too.
tags: dress up, halloween